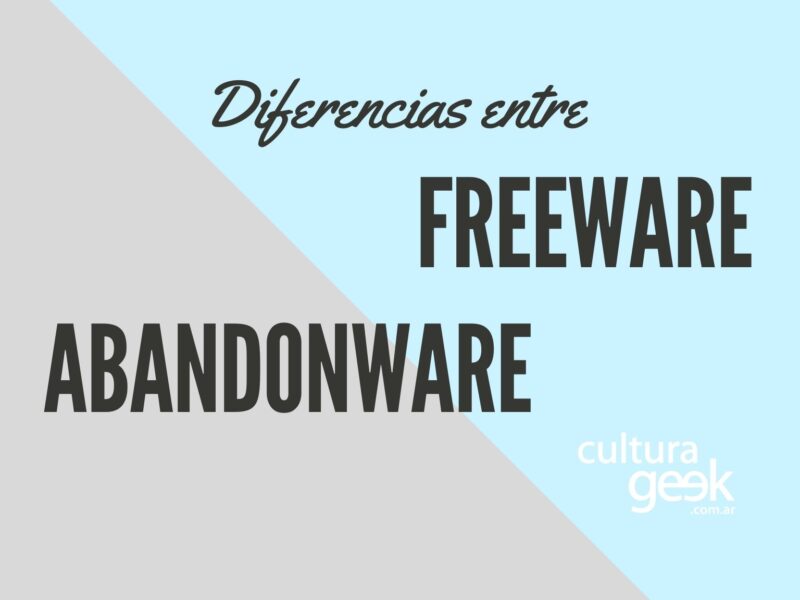 What are the differences between freeware and abandonware? We will tell you everything you need to know about these two concepts in this article!

We all have something in our homes that makes us nostalgic and that we don’t dare to throw away. Whether it is an old radio, a toy from our childhood or a VHS movie that we do not rewind anymore. The same happens with software and the companies that develop it. That’s why today we introduce you to these two concepts: freeware and abandonware.

Freeware is a legal status of software that makes it free or freely distributed. This means that the developer has determined that anyone at any time can get hold of it, either by official means or from a third party, without the need to pay. For example, the Linux operating system is distributed in this way through its official website. Although if someone chose to download it from some other site that has it, there would be no legal problem and it would not be considered piracy.

This situation can also happen for a certain period of time. Such is the case of the company Epic Games, which every Thursday gives away one or two games for free, but only for a week and then changes it for another one. When any software (usually video games) ages to such an extent that it is withdrawn from the market or stops receiving updates, developers usually leave it as freeware. The conflict begins when the company or entity by which it was developed simply discontinues it and it is still subject to copyright, this is where abandonware appears.

Abandonware includes all software that has been “abandoned”, i.e. no longer supported or no longer marketed. As an example, we have the Electronic Arts video game “The Sims 2”, since it does not receive any type of update and is not officially marketed. Although physical copies can be found that are sold and are not illegal, none are provided by the company. Even they themselves, before totally discontinuing this title, left it as freeware and gave it away to anyone who wanted it for a limited time.

However, it should be noted that abandonware is not an official term, even labeling something as such is considered illegal. This is because, whatever software is always going to be copyrighted and someone is going to own those rights. In the case of The Sims 2, any user who wants to download it without having previously acquired it would be committing an act of illegal piracy.